Lissmann is a German multi-media artist who lives and works in Berlin, Germany.She is inspired by natural phenomena and creates works that look at the way we interact with the physical world around us, particularly with outer space. The Outer Space exhibition features two single-channel videos, Space Operation (2008) and All Zeit (2007). Lissmann is inspired by things that we are yet to understand, especially in the field of astrophysics, where forces, distances and the span of time is so enormous that they are difficult to even imagine. Looking closely at the intersection of art and science, Lissmann’s work is strongly linked to the medium of photography. A photograph records an instant, immortalising it long after the instant has passed and sometimes after the people who appear within it have passed away. In a similar way, the light of a distant star sometimes takes thousands of years to travel all the way to our eyes. By the time we see the twinkling star, in reality it is dying. All Zeit (2007) contains a series of images of the light coming from these stars, explosive and awe-inspiring. Digitally manipulated to create a video sequence, Lissmann focuses on the aesthetic qualities of space photography: strong bright colours and mesmerising
animations of swirling flames and gases. They are beautiful and dangerous. Reflected along a central vertical axis, these images are all symmetrical, highlighting the radiating power of the light and heat that comes from the centre of these balls of fire.Space Operation (2008) is a video work that references an inner space, a disused electricity control room and the sounds of an imagined outer space using science-fiction genre samples of Hollywood movies.Lissmann links these spaces with the use of actors simulating a sequence of checks. The sounds are synced to the pushing of levers.The disused space is temporarily reanimated via a fictional setting. Originally the control room monitored and stabilised a life support to homes – our private spaces. Lissmann’s Space Operation is set in both the near and far; the fiction we import into our spaces and the operations that, to a certain extent, control this freedom.
Adam Porter,curator OUTERSPACE, Casula Powerhouse,Liverpool, Australia 2015 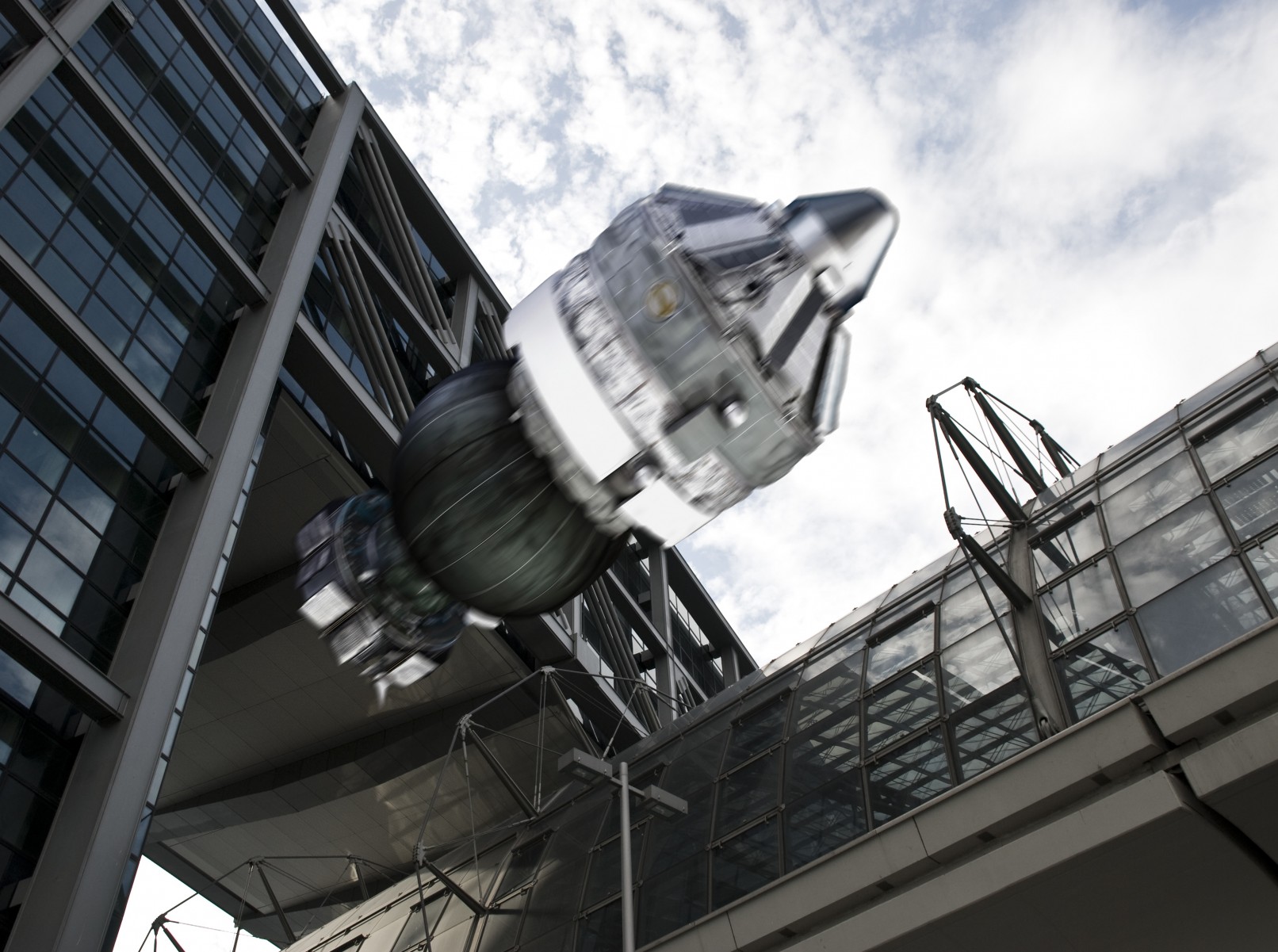 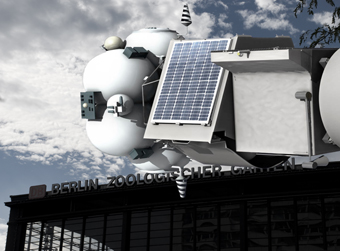 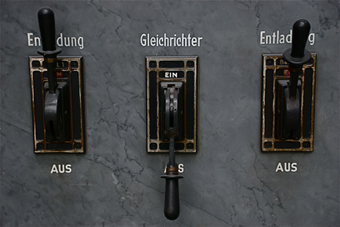 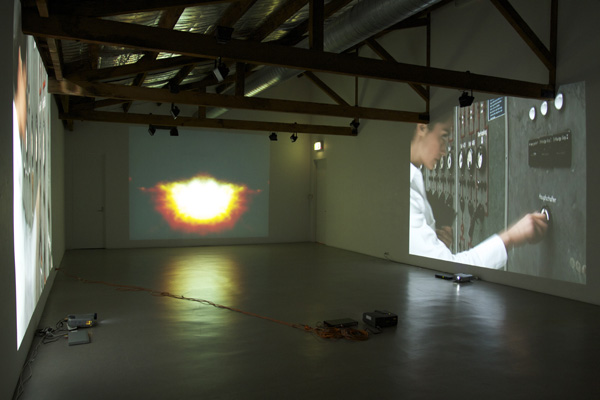 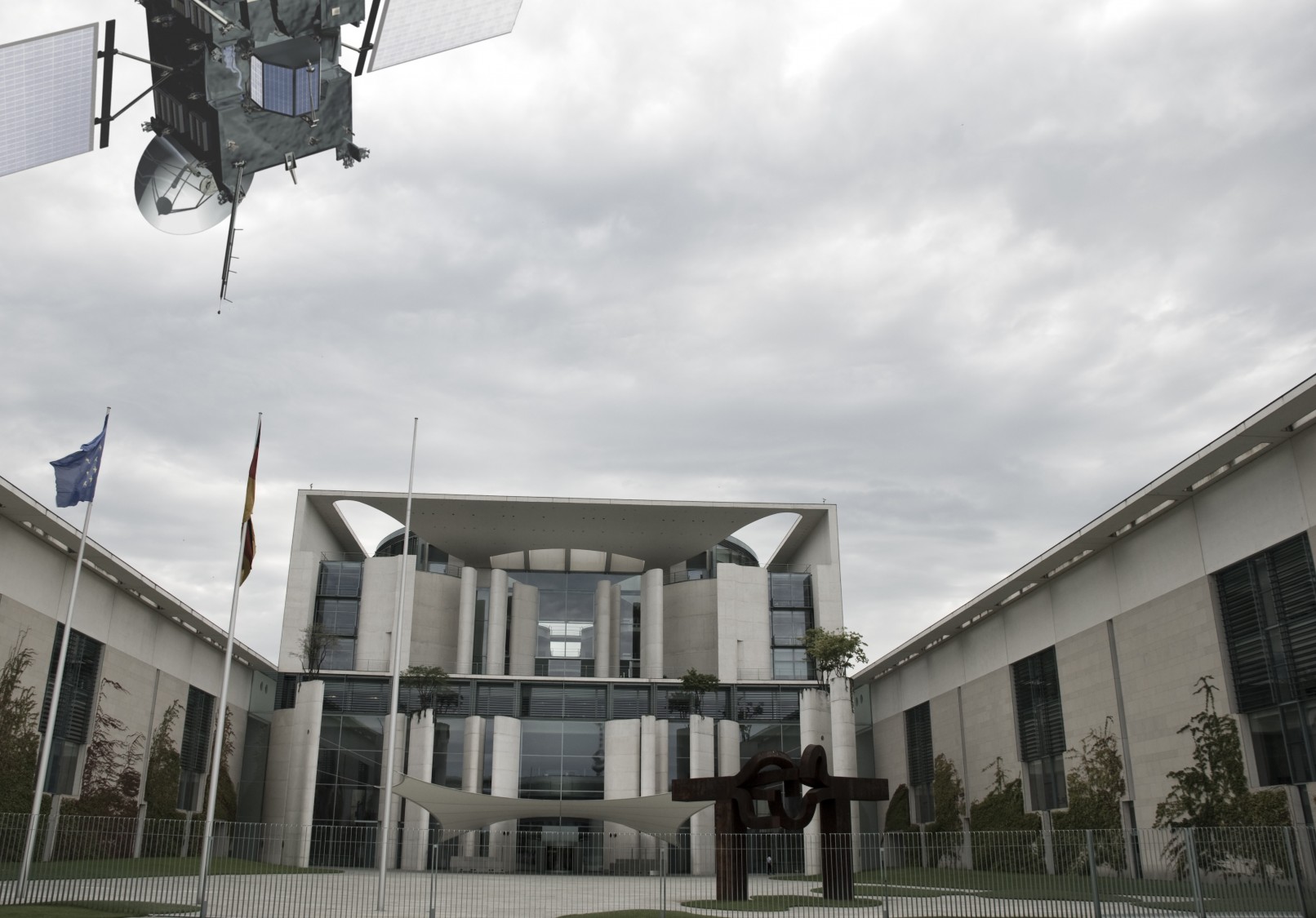 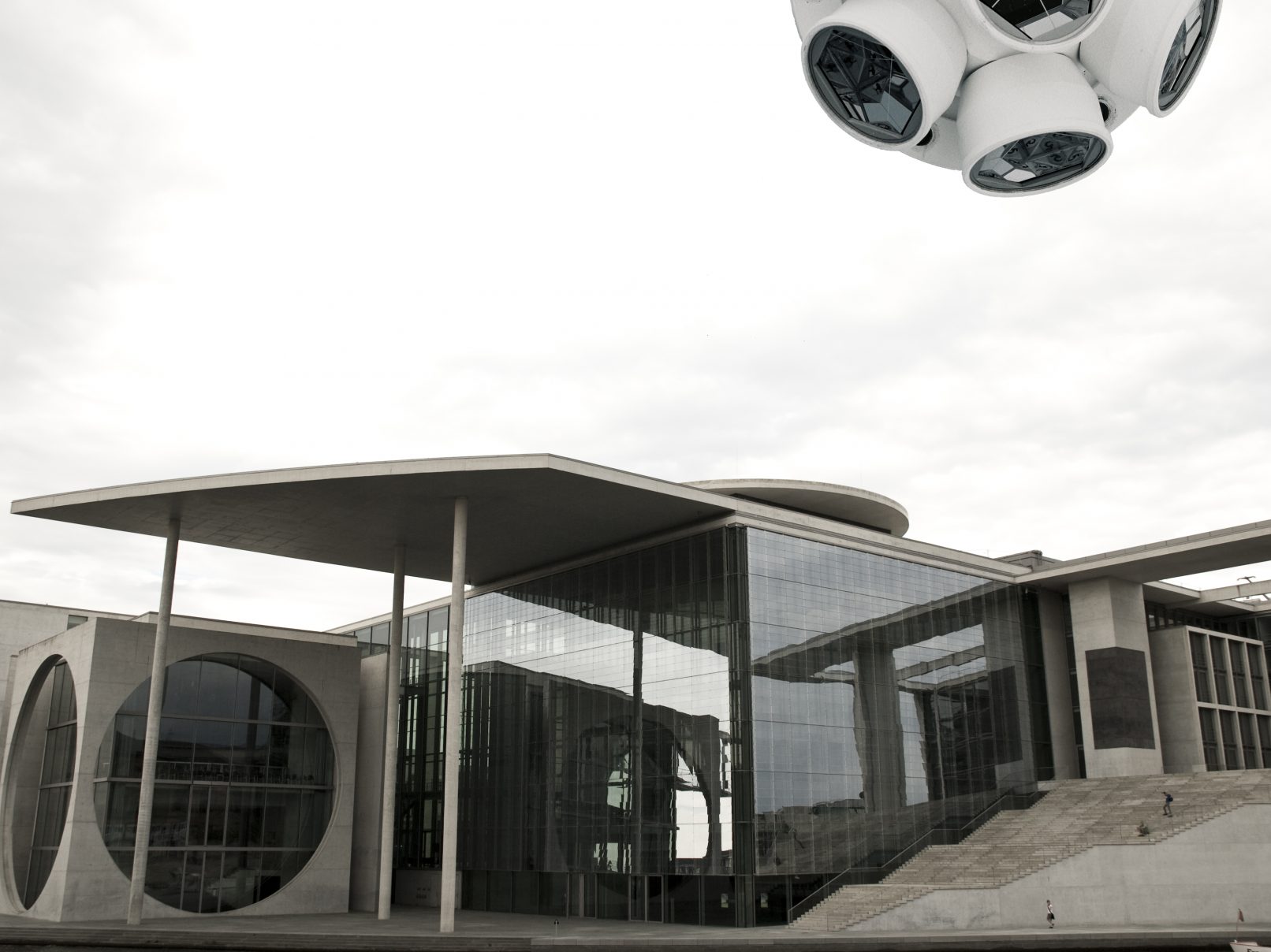 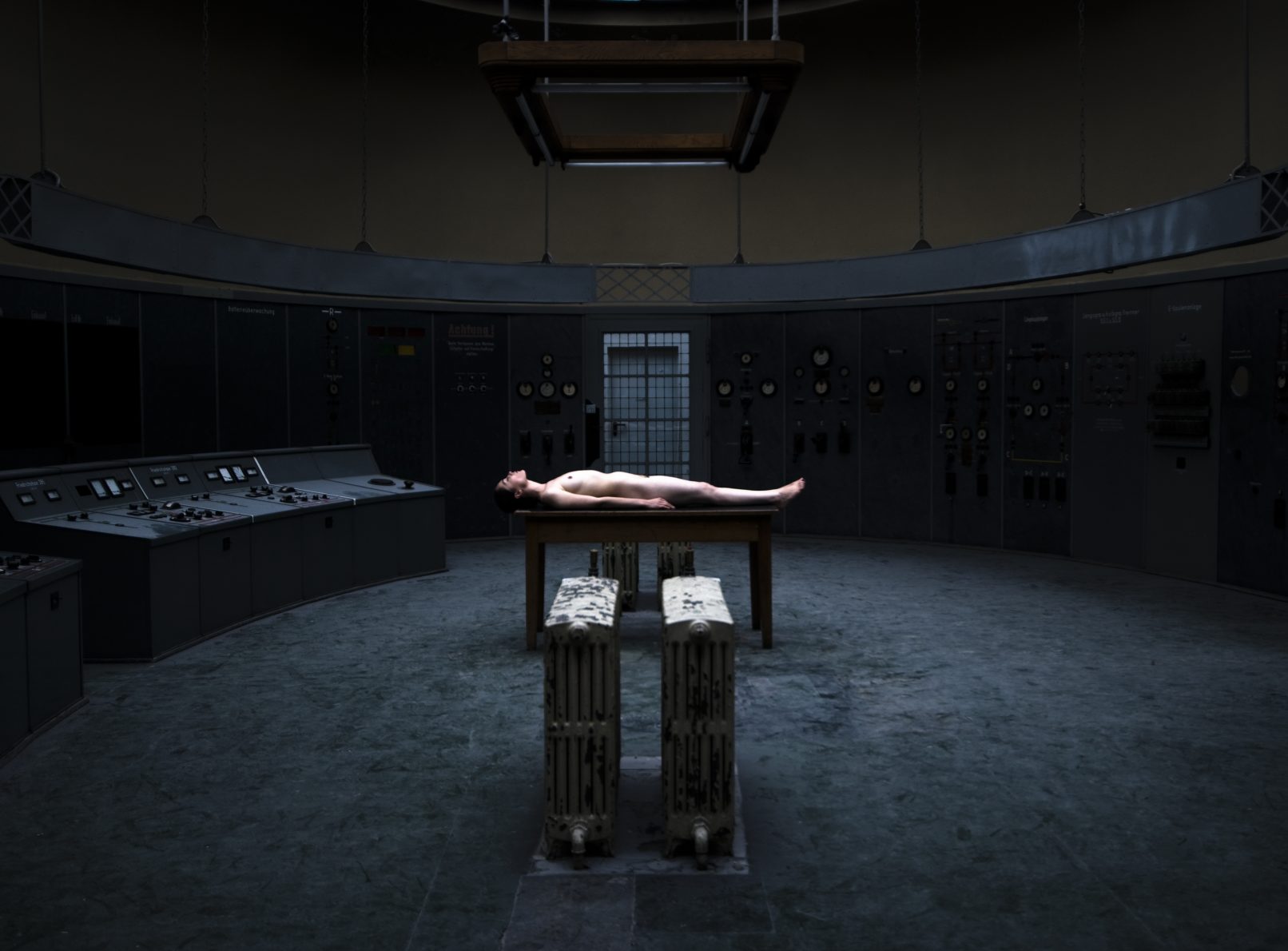 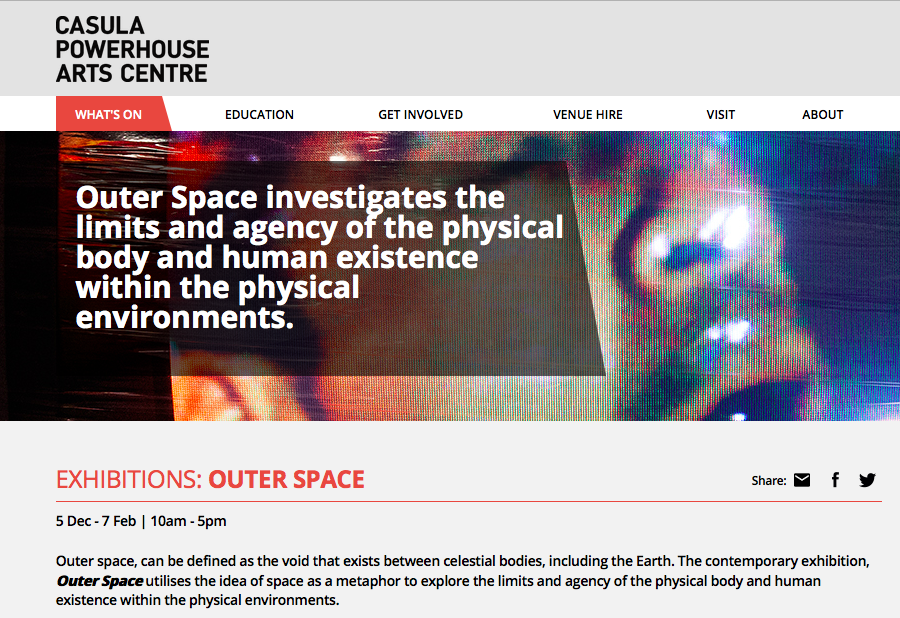 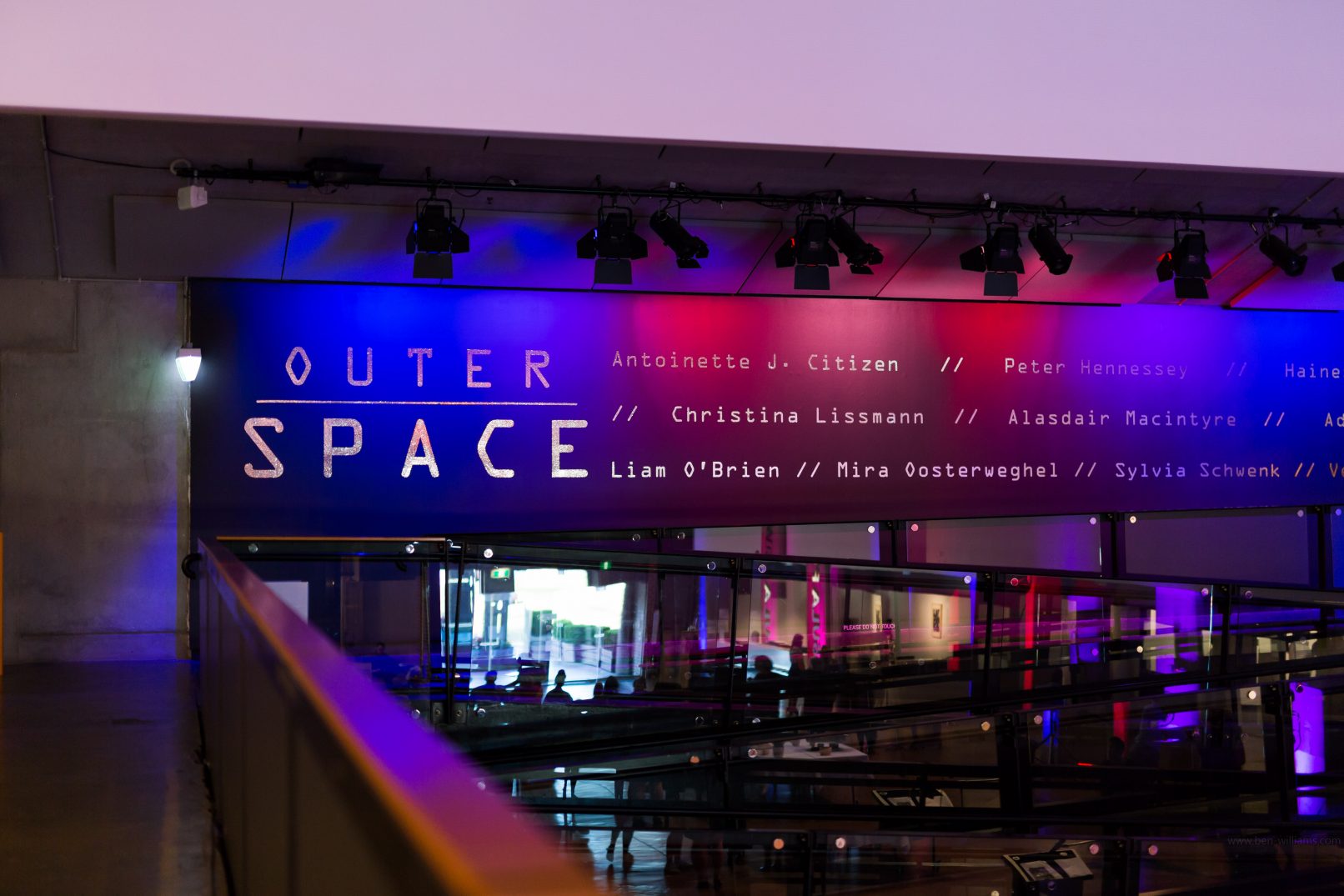